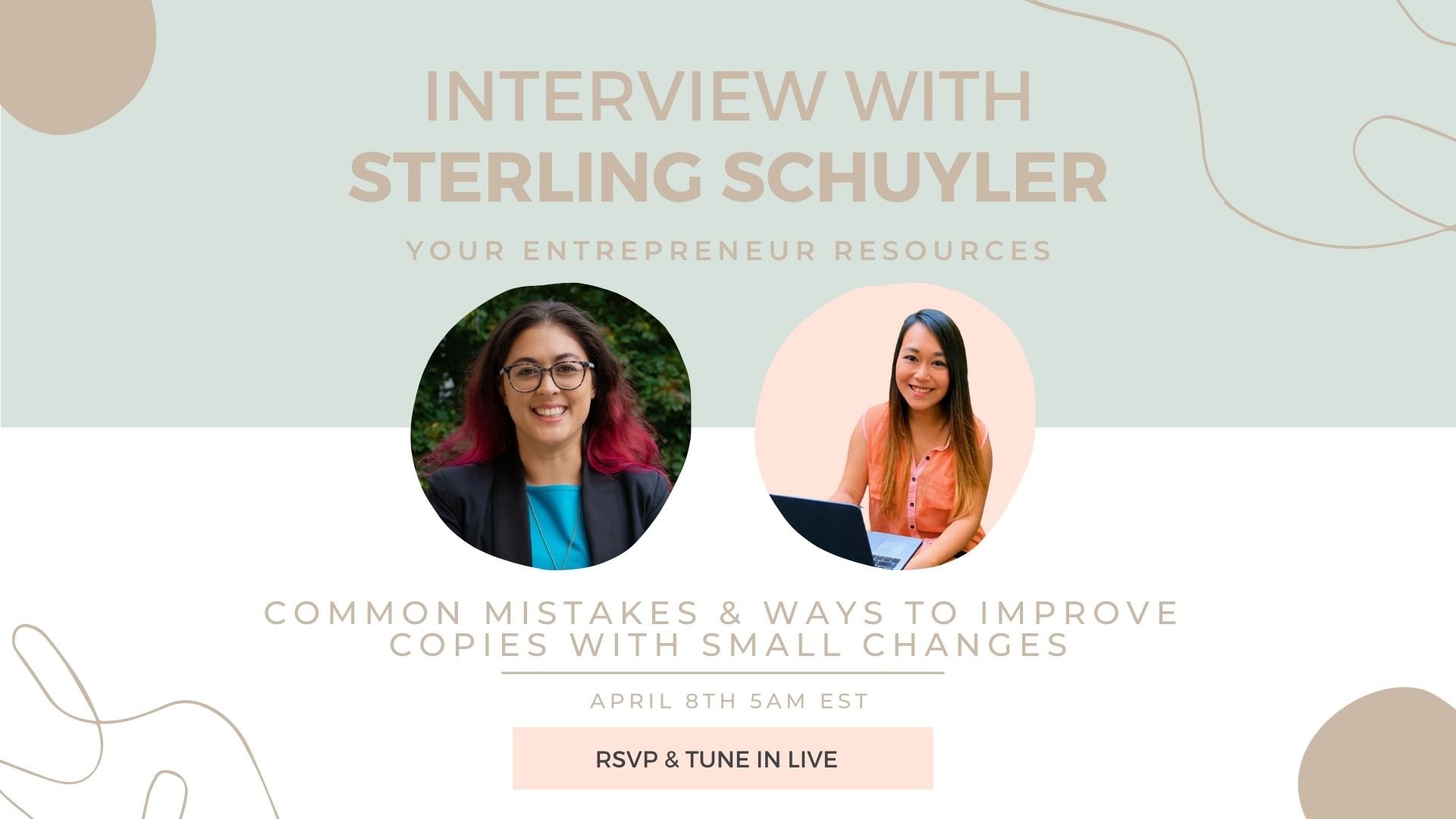 This interview is with Sterling Schuyler. A content and copywriter for new fund managers after ten years in sales and marketing. She is passionate about helping undervalued entrepreneurs to succeed.

Sterling had never heard of copywriting or copywriter as a career choice until she started freelancing. She discovered all about it when people became interested in her writing abilities. They asked her to write blogs, posts, website material, and even emails.

She said that everything typically begins with a written word. Whether it’s copywriting or content writing, the goal is to develop an idea and convey it to others convincingly and clearly. Since almost everyone is overwhelmed by the amount of content they consume. And so a well-written copy is important for getting your message across.

Furthermore, she meant to say that copywriting is all about making a sale but you will always hear people refer to it when they’re writing a landing page, a sales page, or an email marketing series. It is based on a sales-generating end-game. While with content writing, it’s all about education. So it might be a journal. It may also be a website or a series of newsletters. It’s just that each one serves a slightly different function.

The biggest two mistakes that entrepreneurs make when it comes to copywriting are using jargon that isn’t very helpful and speaking in an inaccessible tone of voice. Using a formal tone of voice for a website or a blog post or anything that’s being published online is a big no. People still find themselves writing in that pattern, and get caught up in using jargon and fancy buzzwords in the same way they get caught up in using the stiff tone of voice. It’s really a difficult habit to break.

The many lists of different emotional words are also something to remember when you’re getting started with your writing. Entrepreneurs start with words and phrases like these to pique people’s interest and get them excited about what they have to offer.

As a copywriter herself, Sterling has hired someone else to write some information about herself and profiles. Why? Because we tend not to overlook ourselves. We discount ourselves that we aren’t as willing to talk about it in such a shining light. Sometimes, the stuff that you might want to emphasize about you are the ones that nobody cares about. Whereas, if you have someone else writing for you and your story, it will be a whole lot different.  That someone you hire is going to highlight things that they find special about you or the things that you’re not willing to say about yourself.

She added, if you are looking for a copywriter, look for the one that is familiar with your niche, not just your industry, but with your target audience. They also need to understand who their audience is so that they know how and what to write.

One tip she gave when you struggle with your tone of voice, try to figure out how to relax and try to sound more like yourself in your writing. She recommends envisioning or writing your draft. It is like a ted talk, they could be talking about all kinds of concepts but in an entertaining manner that still feels like a personal conversation.  People keep listening to it because it is still smart, authoritative and amusing. Just as similar for writers who want to catch the reader’s interest.

In terms of length, she mentioned a minimum of 300 and 1000 words for the blog post. While a sales page or a landing page may take up to 3000 words.

Finally, she stated that our attention spans are quite short, so everything must be extremely simple to understand. Always make it very clear on what we can offer to solve their problems just like how  we scroll through on other people’s websites. It’s all about answering people’s questions quickly and easily.

Hey there, my fellow entrepreneur 🙂 Your Entrepreneur Resources is here to help entrepreneurs and solopreneurs just like you with your business journey. I have taken detours and made mistakes as an entrepreneur. Now, I want to help you fast track your success and save you time and money. I'm here to help you connect with amazing mentors, support you with free and paid resources, along with everything I have learnt!

NOTE: This content might contain affiliate links that allow you to find the items mentioned in this content and support Your Entrepreneur Resources at no extra cost to you. You can find out more about it here. GET IT FOR FREE

WHAT TO READ NEXT?

SendPulse Review: Is this Email Autoresponder worth it? Features, Pro’s & Con’s

Constant Contact Review: Is this Email Autoresponder worth it? Features, Pro’s & Con’s

KWFinder Review: Is this Keyword Research and Analysis Tool helpful for your SEO? Give me Free Cheatsheet!